The final pack drop for this season's FCF #Highlights is here! Complete your collection or your FCF Creator Pass journey to claim next season's VIP Ticket and other perks.

The FCF Championship Pack contains the most compelling moments from the O.G.’s Divisional Round, the Ballerz Divisional Round and the People’s Championship. Find the highest level of competition from the Bored Ape Football Club, 8OKI, Zappers and Shoulda Been Stars. These final two weeks of Season v2.0 prove to fans around the world who the best team, controlled by you the fans, is. Fan Controlled Football Season v2.0 is the biggest season yet, with new players like Terrell Owens, new teams like 8OKI, and a new gridiron just for FCF: Pullman Yards in Atlanta, GA.

Link to the pack drop: https://eternal.gg/drops/fcf-championship

FCF #Highlights Pack 2 will no longer be for sale after 6/11 at 7:30pm PDT, with the remainder of packs being burned.

Make sure you check out Eternal.gg and create an account/setup a reminder for the final FCF #Highlights Pack drop from FCF Season v2.0! 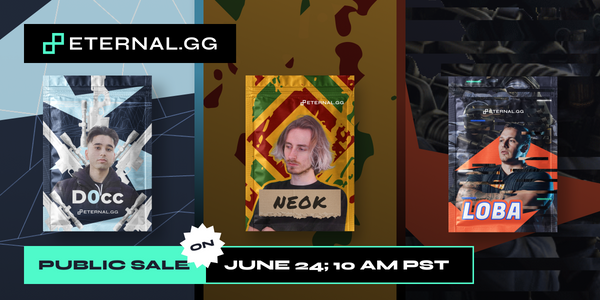